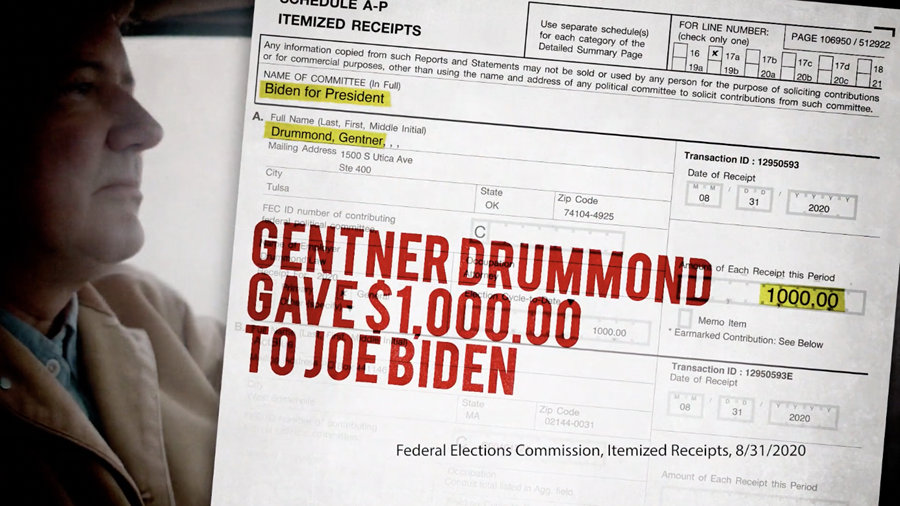 According to the Federal Election Commission (FEC), on September 10, 2004, Drummond gave $1,000 to liberal Democrat Brad Carson, who was running against Dr. Tom Coburn.

“Gentner Drummond is not a conservative, as he donated $1,000 to defeat Dr. Tom Coburn when he was running for U.S. Senate,” said John O’Connor spokeswoman Amy Wenham.  “The choice is clear: Gentner Drummond has donated to Dr. Coburn’s opponent and to Joe Biden, while John O’Connor is America’s most conservative Attorney General.  President Trump nominated Attorney General O’Connor to serve as a federal judge and he has worked tirelessly to defend conservative values including personally urging the Supreme Court to end abortions once and for all.”